in Five Minutes with ACHE ,

In 2019, I wrote a short piece for ACHE’s five minutes titled, March Madness and the Adult Learner. At the time, I hoped the piece would become an annual tradition for the Association. This tradition, like so many others, was a victim of the global pandemic. As a reminder, the 2019 piece was inspired by my own family’s bracket tradition. In previous years, our tradition included a family meal the day after the selection show where we spent time putting our basketball knowledge to good use as we completed our individual brackets. The family member who wins the bracket pool gets two highly coveted prizes; their name on the Johnson Family Bracket Trophy and the privilege of choosing the location of the selection meal the following year. 2020 took our family tradition away as well and we engraved COVID-19 on the Family Bracket Trophy last year.

That’s why I’m so excited to revitalize this tradition in both my nuclear family and my ACHE family. The Adult Learner Bracket uses IPEDS data to determine how the 64 schools in the tournament would perform if we evaluated them based upon the percentage of adult learners these institutions serve. Here’s some observations I made while completing this year’s adult learner bracket:

If you are wondering how your school faired in the adult learner bracket, you can see the full results below. Also, I can’t be responsible for any wagers you may make based on the bracket below – my adult learning knowledge far outweighs my basketball IQ. 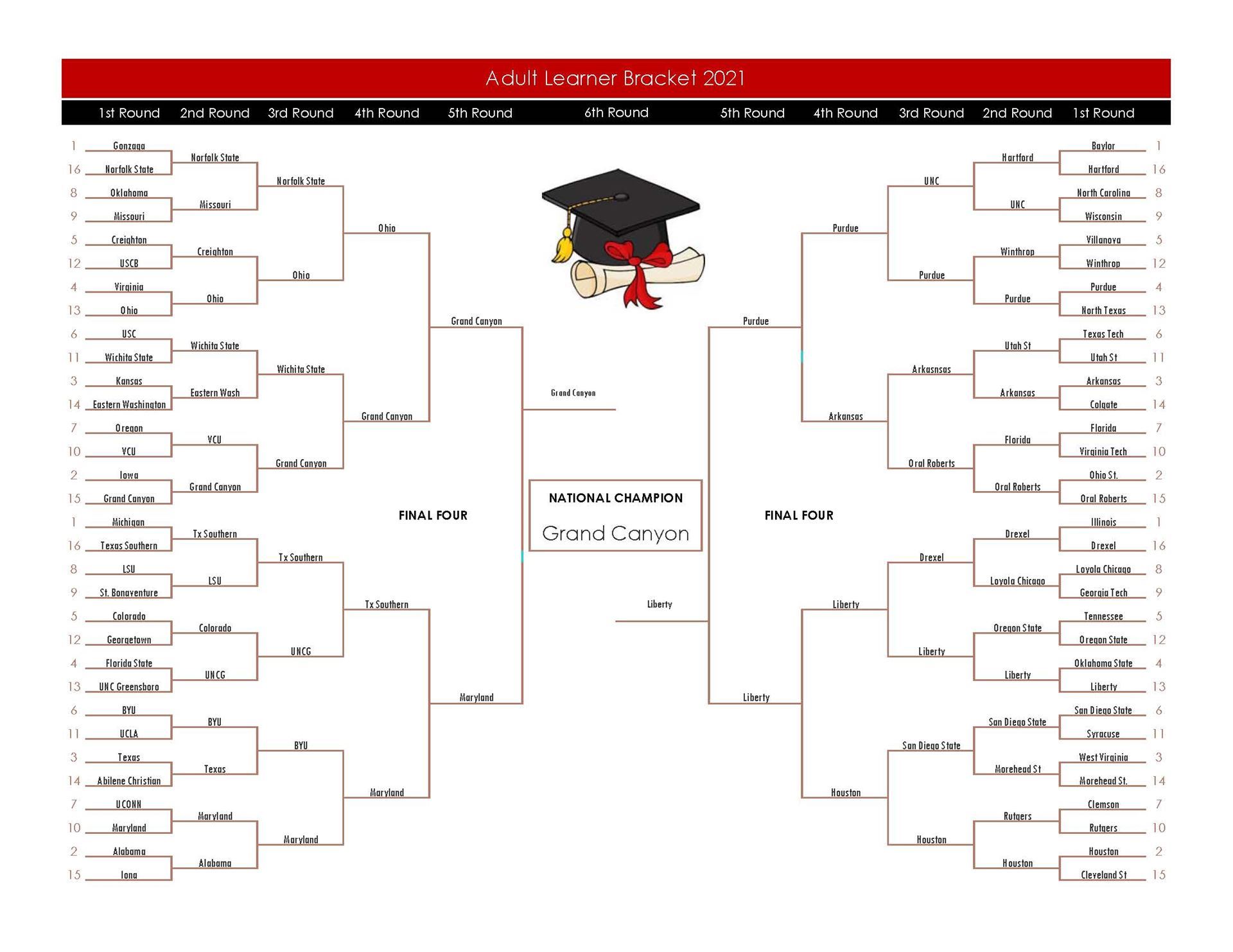 Is Your Institution or Organization A Member?

If you are an employee of a ACHE member company, we invite you to set up an online account to:

The members of ACHE invite and encourage you to join! By working together, we can achieve our mission to maintain and enhance our industry as a whole.